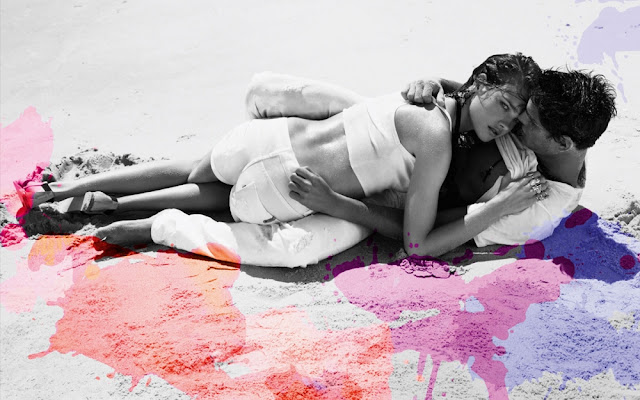 Sex of Aries
The Ram is more of a tiger where sex is concerned, and like many another sleek animal, loves the hunt, that steady pursuit of the ultimate prize. Aries is a physical and fearless lover and is blessed with the stamina to go all night long. They are not afraid to experiment sexually in their quest for pleasure, which means an open-minded lover is a must. The Mile-High Club must have been invented for these folks! Safe to say that Aries' lover must be able to satisfy, or the Ram will move on. The dominant sexual partner will likely be the Ram, and while eroticism is important, a mental connection is also favored by this sign. As if Arians weren't demanding enough, they also want to be made to feel secure in a sexual relationship, lest jealousy rear its ugly head.


Sex and Aries woman
Aries woman possesses tremendous power and leads quite active sexual life. She won;t keep you in the dark about her desires. Her appetite is endless and she needs the same from her partner. Sometimes Aries woman feels as if a mere sex is not so satisfying, that's why she needs a more intense stimulation and demand repeated intercourse. Aries woman is used to fulfill her sexual urge to the utmost degree, that's why you shouldn't be surprised if she suggests the idea of a bondage play. And it is true that few people can look more attractive than Aries woman dressed in leather outfit with spike heels. She will lick the body of her partner making him tremble and then stimulate his genitals, giving him unbelievable sensations. In order to fit the image of most desired woman she will always store a set of sexy lingerie. Wildly sensual, passionate and adventurous. You'll have sex anywhere, anytime, you know what you want and need- intense and frequent sex, you have a need for control, but you also have to feel love. Likes the tickle of a man's facial fuzz. Best sex mate: Aries, Taurus and Leo.

People who were born under this sign (both men and women) have very sensitive areas on the head and face. Stroke your partner's head, comb his/her hair, touch the temples with the tips of your fingers â€“ this will be a good start of sexual friendship.

Aries, especially women, have very sensitive ears. Whisper some tender words in your partner's year and bite the lobe “ your Aries will enjoy this caress greatly!

Woman Aries enjoys being kissed by bearded men as the beard consists of thousands of hairs that stimulate her sensitive nervous endings. Don't you have a beard? Than simply touch her lips with tips of your fingers â€“ this will make her experience incredible sensations.

The same can be said about men Aries. Touch his lips and do not say you weren't warned! You will be overwhelmed by waves of his passion!

What Aries Needs
He likes to be the center of attention and has lots of friends and fans around him. Learn to be a groupie, but don`t shine his shoes. He feels that he can conquer just about anything, so leave some question as to your true feelings, the mystery and intrigue will drive him up a wall. There will always be women around him, so get used to it. He is usually quite open and honest about things, so you should be able to read him like a book. He likes fun and good times, so be ready to party. Let him know that he is the king and he`ll let you be the queen.

few don'ts:
He may do a lot of bragging about himself, some of which is exaggerated , so don`t laugh openly or ridicule him, that is a no-no to his royal highness. Don`t show a jealous bone. He will tell you frankly when a habit of yours bothers him, don`t argue or contest it, change it. Don`t challenge his dominance or perceived position, or you`ll have a proverbial, wounded lion on your hands.

MANY THANKS TO DE LOVELY : http://horoscopes.proastro.com/