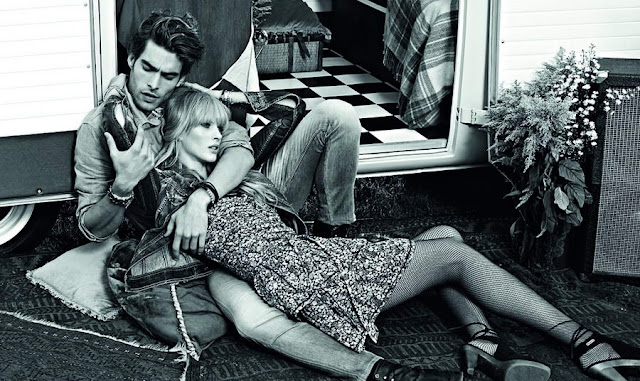 The sign of the Ram is graced by the element of Fire, and if you were to use one word to describe Aries, it could easily be heat. People born under this sign have a passion and red-hot energy which often proves irresistible. It's certainly never boring! Arians likes to initiate relationships, and the role of seducer comes to them easily. This sizzling romance dance will only work on those strong enough to stay in the game, because Aries wants a partner who can one go toe-to-toe with them, whether it's over lunch or in the bedroom. Aries likes to get its way and often pits the wishes of self against what is best for the partnership, which can lead to conflict. But then, these "battles" are often foreplay which can result in some sexy fireworks of their own. The Ram is possessed of a great physicality, a sense of adventure, is wildly flirtatious and loves to play.

Romance
Arians loves the hunt, and will do whatever it takes to get the prize they want. The question in their mind will often be whether it's a prize worth keeping. Aries will take risks during the chase, but would love the object of their affections to do the same. That give and take can keep things more than interesting and going for quite some time. There is no doubt that Aries is seductive and will prove hard to resist. Sparks will fly in this competitive pas de deux, and it's all the better where the Ram is concerned. A mental attraction for impassioned Aries is often the first step and the indicator as to whether things will progress. If things work their way down -- watch out! Once hooked, Arians loves strokes and tender caresses, and a lover who will tell them that they are the best.

Relationships
The demanding and passionate Ram needs an equally self-possessed lover to stimulate them and set them on fire. If not, what's the point? Arians can be fiercely loyal yet self-centered at the same time, so their partner needs to exhibit confidence and a sense of when to give them the space they need. The occasional bouts of temper exhibited by Aries are best dealt with if they are used as a prelude to a deeper understanding and the sizzle that comes with kissing and making up. Aries will stick with a relationship as long as it's hot (and fireworks are key to this fire sign), but if things start to cool down, it won't be long before they hit the road. The ideal Aries soulmate may be someone who is never, ever dull.

Love
Aries is a moving target where love is concerned, always looking, seeking and often finding. It can be very hard to resist the Ram's magnetic charms. The aura surrounding those born under this sign is one of intensity and intrigue, so many will be tempted to step up to the plate. This is exactly what Aries wants: many opportunities to play the game of love. Some things will work and some won't, but the game is surely fun! The beauty of it all is that Aries flourishes in love, becoming a more sensuous, understanding and feeling soul. As long as Aries remembers how to share and the beauty of an "us," things can go far.

MANY THANKS TO DE LOVELY : http://horoscopes.proastro.com/

Email ThisBlogThis!Share to TwitterShare to FacebookShare to Pinterest
Labels: Aries