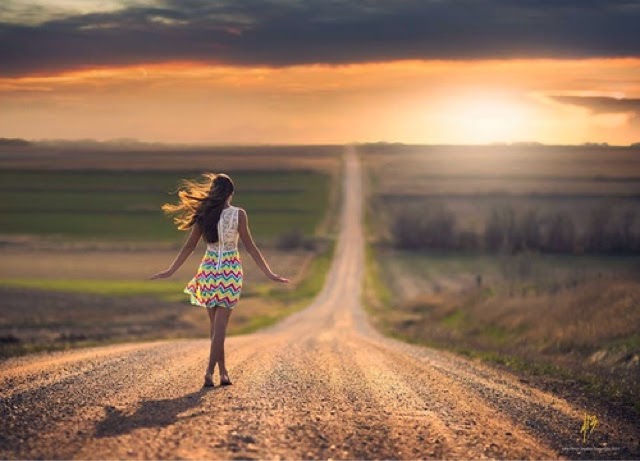 Having come into this life with the talent for seeing so many different points of view, it's important now for you to continually hone in on your own "Truth" and find the philosophic rudder for your life. It's good for you to keep seeing life as a quest and as a profound journey in which you keep expanding and integrating your experiences. By allowing yourself freedom and time for reading, traveling, and being out in the world you acquire the experiences that nurture you.

Earlier in this life, or in a past life it was important for you to be quick, fast talking, and to know all the answers if you could. You were willing to try many things and sought to understand how others thought and acted---but now your Soul yearns to look beyond the relativity of everything to find some essential Truth of your own to live by.

This new philosophic grounding, or rudder, allows you to see life as a grand adventure, and to feel a certain safety in your position. Your psyche, like a sailboat, won't tip so easily when your Soul has framed your experiences in a way that allows for mistakes, changes, and even betrayals, because there is a growing understanding of how human and divine nature interact. You now have the wisdom to see life as a grand adventure, and it's important to take the time to share with others what you've discovered about the meaning of life. You need to find new ways to tell your story.

There's a bit of the gypsy, scholar and philosopher in you. And as you develop your intuitive nature more and speak from your higher mind, your friends will delight in your storytelling ability and deep wisdom. You're in the process of leaving behind the impatient, overly logical part of yourself that constantly hungers for more factual information. When you spend time by yourself in nature, or pondering a reflective book, or simply open yourself up to true inspiration, you begin acquiring a deeper purpose in life and a soul-full resonance that echoes in the way you present yourself to the world.

As you move along this path, you new found sense of security in this life allows you to keep a good attitude and an optimism that attracts others. You are also good at distributing "good and fair ideas" and you would do well as a teacher or speaker in whatever field you have competence in.

As you pick up the gold in the shadow of Gemini, you treasure the wealth and variety of different experiences you've had in the past---you've lived more in one life that some people have in many. And now you're able to pull it all together into a coherent life. The new Sagittarian vision is one that adds meaningfulness to the full palate of your Gemini experiences.

Soul Purpose: Expanded consciousness and a wide breath of experience, through study, travel or contact with other cultures, that encourages a philosophy of life that you live by, and perhaps teach. You need to give yourself time to think about the big picture of your life, to ponder what all your efforts will amount to, and then avoid the distractions that keep you from achieving your highest ideals.

Shadow: Over-extension, over-doing, and “tripping the life fantastic.” Are you all about too many tactics and clever action, but have no long range strategy or goal for your life? Are you constantly avoiding commitments in order to keep your options open? Release any addiction to the desire “to stay forever young.” With your keen intellect and sense of wonder and curiosity, you may have a talent with language and communication—be sure to use it soulfully and not glibly.
***

Bill Gates has this nodal polarity. As American business magnate, philanthropist, and the world’s third richest person (as of February 8, 2008), he is chairman of Microsoft, the software company he co-founded. Gates is one of the best-known entrepreneurs of the personal computer revolution. Although he is admired by many people, others criticize his business tactics, which they consider anti-competitive, an opinion which has in some cases been upheld by the courts. In the later stages of his career, Gates has pursued a number of philanthropic endeavors, donating large amounts of money to various charitable organizations and scientific research programs through the Bill & Melinda Gates Foundation, established in 2000.

Before getting married, Bill’s focus was strictly business oriented. From Microsoft's founding in 1975 until 2006, Gates aggressively broadened the company's range of products, and wherever Microsoft achieved a dominant position he vigorously defended it. First hand accounts of Gates in business meetings describe him as verbally combative, berating managers for perceived holes in their business strategies--he often interrupted presentations with such comments as, "That's the stupidest thing I've ever heard!"and, "Why don't you just give up your options and join the Peace Corps?"

Bill was born with Gemini street smarts, and has been known to even brag about his IQ. However street smart savvy he is, one wonders if he would have ever moved towards his philosophic Sagittarian North Node without the influence of his wife. Sagittarius is ruled by Jupiter which rules both humanitarian and philosophic endeavors, as well as all things expansive and abundant One could make a case that Gates didn’t find the philosophic rudder of his ship till he married his wife, Melinda. Gates on January 1, 1994 and began a new career as the father of three children.

Bill Gates stepped down as chief executive officer of Microsoft in January, 2000. In June, 2006, Gates announced that he would be transitioning from full-time work at Microsoft to full-time work in his philanthropy foundation. One wonder perhaps if in some way he is the one who is now joining the Peace Corps? Bill and Melinda’s foundation has given away over 14 billion dollars so far, and its estimated that Bill and Melinda will give away close to 100 billion in their lifetime. Melinda has also recently unveiled a plan to eradicate malaria, which the couple will help finance.

I suspect it was Bill’s acceptance of Melinda in his life that made all the difference in his life’s trajectory. It’s much more comfortable for people with lots of Gemini and Sagittarius in their chart or on the Nodes, to rally around the cry “don’t fence me in!” Partnership commitment, intimacy and receptivity to others on a deep level doesn’t come easy for them. According to Wikipedia, friends of the couple say that Bill wouldn't be shifting gears if it weren't for Melinda. Moreover, they say, she has helped Bill become more open, patient, and compassionate. "Bullshit!" he bellows. Nicer, perhaps? "No way!" he shouts, grinning because he knows it's true. About the philanthropic work he says, "I don't think it would be fun to do on my own, and I don't think I'd do as much of it." The couple's close friend, financial wizard, Warren Buffett, who has known them since 1991 says: "Bill really needs her."

However, it was Bill's choice to bring her into his life—it was his Soul’s choice. Buffett also has stated that Melinda makes Bill a better decision-maker. (Doesn’t that Gemini South Node see almost too many possibilities? Indecision catches the Gemini South Node as a default pattern as a first response—but then once committed, Sagittarius will defend any personal cause to the bitter end….and he certainly defended Microsoft.) "He's smart as hell," Buffett went on to say. "But in terms of seeing the whole picture, she's smarter." Would Buffett have given the Gates Foundation his fortune if Melinda were not in the picture? "That's a great question," he replies. "And the answer is, I'm not sure."